Episode 8 of the KissCast and this time I am welcoming a sex podcasting legend to my corner of the internet in the shape of Cooper Beckett from Life on the Swingset. We start off with Cooper explaining how he first got into swinging and how that led to him starting the site and podcast. I pick apart his 5 years semifesto and Cooper talks about how ignorance and lack of forethought served him well. We then talk about the whys and hows of his book; My Life on the Swingset, which Cooper blames on a need to have a project with an ending, not that it has worked out that way mind you.

Male bisexuality in the swinging community is our next topic and Cooper talks openly about how this has worked for him which then leads into how being ‘Cooper Beckett’ plays out when he goes swinging now.

Podcasting guests are next up and Cooper want to know if anyone knows how to contact John Cameron Mitchell. He then confesses how he orchestrated things to ensure that the Dan Savage episode of the podcast would be the 200th episode on the 5th anniversary of the Swingset Podcast.

Cooper then invites all complaints about his rants about right wing, Christian ‘nutjobs’ to be sent directly to him and not to me. He then manages to just about dig himself out of hole of his own making when he nearly, but doesn’t, advocated for the death of old Republican politicians!

“Will there be more Hannibal podcasts done as next season airs? (Love the Rudecast!)”

” There will! We’re currently working on our Twin Peaks podcast, and that will fill the hiatus until Hannibal returns to our screens on 6/4.” 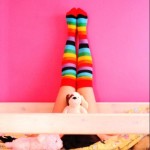 Molly Moore - Author, Blogger, Photographer, Speaker Find me in my corner of the internet at Molly's Daily Kiss and on Twitter @mollysdailykiss

RT @InvictusAssasin When I whisper your name I am no longer alone.

There is so much masculine hotness here that I am considering a wank 💦 Also some absolutely beautiful ink too. twitter.com/uosipxw/status…

This is the view from the side of my office chair. I am basically trapped at my desk because if I move I might crush him Related... he absolutely loves a radiator. And my daughter bought him the foxy jumper pic.twitter.com/1gbycNvxuT

@RealInsatiabear Agreed. I would love to go back one day.